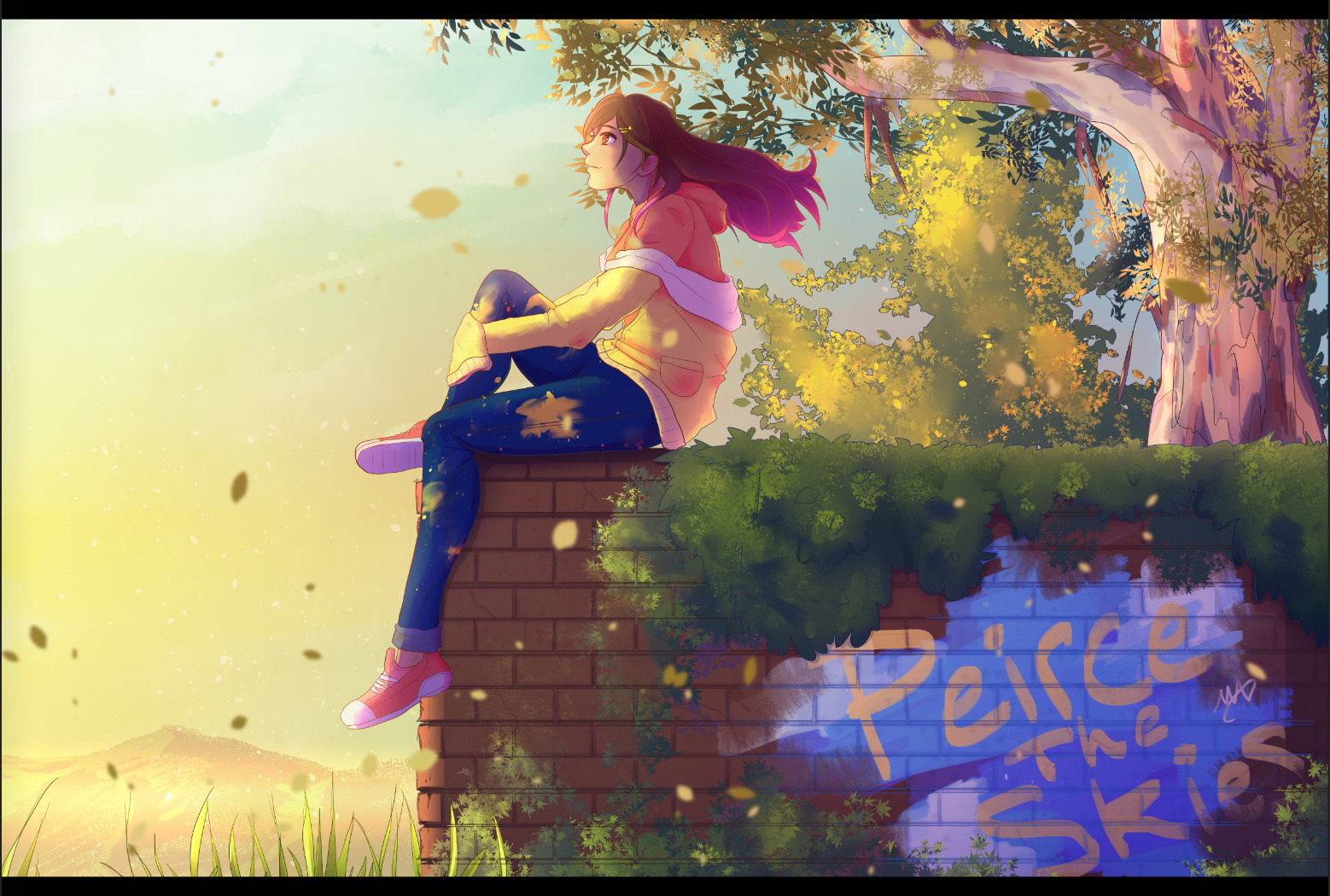 Well, now comes the awkward part where I make the game. This means... a lot. But mostly it means doing a lot of writing, and talking to a whole lot of freelancers about their upcoming work. So, sit tight everyone! I have a lot of writing and organizing to do, and this could take a while. Why don't we break it down together? Let's start with the game itself...

Progress on the full game:

Has anyone mentioned how hard it is to run a Kickstarter? Because WOW! I have never been more exhausted in my life.  Even afterwards, running around and securing everyone's rewards has been a lot of work! But luckily, pretty much everyone has either claimed or is working on their extravagant rewards. I'm currently recuperating via writing, which admittedly has just been a lot of editing. I still haven't even gotten past the first day or week 8 in terms of writing, guys. I'm sorry for the delay, but the holiday season + Kickstarter combination really kicked me in the behind!

I have started writing and drafting the custom content backers paid for though - which has been a lot of fun! I am so lucky to have such cool and creative backers who are coming up with fun scenarios to write about!

No new assets this week, guys. But, I did finally post the game's main theme on Youtube! Check it out! It's all official and stuff! Ah, the beloved main theme always takes me back to the early days of making LoveSick Darlings...

Other than that, the assets front has been me messaging Phi, Tim, Aimee, Edhelsen, Soraya, and others like mad to work out schedules and start making assets! This means music, art, voices, and more! Hopefully you guys'll see some new content here in the next update! Or on Twitter!

Also, as mentioned before, I have been organizing the custom CGs and written scenes for the high level backers. Which are looking to become some really fun and unique assets! I can't wait for you all to see them yourselves!

In other news, I am going to Japan in two days! I'm going for ten days, and I'm mostly just catching up with friends and relaxing. This trip was planned nearly a year ago, before I even knew I was doing a Kickstarter, admittedly. The timing is rough, but cancelling/rescheduling plane tickets turns out to be an a really expensive business in itself. This means a delay on writing, and to also expect an extra week between this update and the next developer update! Sorry for the inconvenience, guys. But I'm really looking forward to finally seeing Japan! I've never been before! I'm keen to finally become a True Weeb. I'm gonna make the most of this badly-timed holiday! I will still be answering emails, be active on discord and twitter, and everywhere else you can find me though - so don't fret!

Also, because it needs to be said:

THIS VACATION WAS FULLY PAID FOR MANY MONTHS AGO FROM MY PERSONAL SAVINGS. NOT A SINGLE PENNY FROM THE KICKSTARTER IS BEING USED ON THIS TRIP.

I actually haven't even received the money into the official LoveSick Darlings Business account. But speaking of which...

Keep an eye out on the Kickstarter page, as I will be receiving the funds from Kickstarter into my account soon (according to Kickstarter themselves).

Then I will be distributing the money to all the freelancers so they can start working! Once that is done, I'll break down where the money went in an update sometime in the coming days (I'll make this post from Japan too if need be!).

I want to be maintain the transparency and honesty regarding this whole process with you all! It's really the least I can do for you guys :)

I know this is a slightly underwhelming update but... things are gonna pick up soon! You guys will see! I am still in that awkward post-funding period, where I actually now need to get everything together. I'd really rather be writing, truly and honestly, but all this admin work needs to get done first. But, soon it'll all be ready to go! Then I can finally just write this dang game! It's only got two weeks of content left - which are so convoluted at this point - but I'm still super looking forward to it! Writing all these scenarios based off of countless player choices is a thrilling challenge like no other. I love this game, and I can't wait for all of you to get the chance to love it too!

Thanks for reading, everyone! Til next time!

Looking forward to seeing more of the game as it develops, good to see you're another Australian VN developer! Are you on the RenPy discord server?

Also have you got any kind of youtube channel? Would be cool if more creators shared their development process on youtube.

The girls in the game have great appeal! good job

hey there! Agreed, it is ALWAYS great to see fellow aussie devs! Which discord server dyou mean? Im on a fair few of them!

I have a youtube channel for trailers and livestreams and commentary archives - but no "youtube content" as it were. I am swamped with work as is, but I wish I could make youtube videos for the game too!

Thanks for the kind words and praise though! 🤩

I mean the RenPy Lemmasoft discord

Oh hadn't joined this one yet!

I'm going to the home of visual novels...!