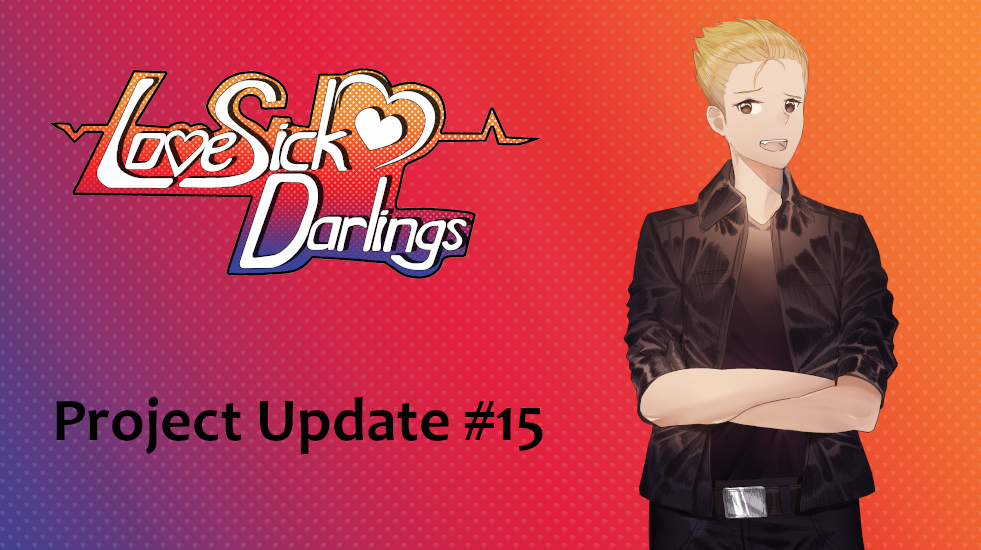 Hello everyone! Kept you waiting, huh?

Well... worry not! I have been hard at work! Despite the unusual world around us, writers and indoor creatives like myself have the luxury of being largely unaffected by the ongoing changes in the world (physically at least - psychologically... well that varies from person to person!)

In case you've missed me, you can find me posting quite regularly on Kickstarter! Where you check out all the latest big news by clicking here! I will be making my next monthly update there a week from posting here today, so, look forward to that. All the updates on the Kickstarter page are also 100% free and anyone can sign up to them. So please, if you wanna know the latest, please check out the Kickstarter updates!

While we're at it, I've decided to change the structure of posts between here and Kickstarter once and for all. Kickstarter updates will now be more like reports, with quick thoughts, progress updates, and previews - meanwhile, the posts made here on itch are going to be a bit more internal on the development process and may have more of my internal thoughts and ramblings.

If you wanna really get deep into the game, I recommend these development posts!

But if you just wanna know the latest news as quickly as possible, the Kickstarter updates are where you should go!

So. Game development is hard. I know, this shouldn't be surprising... but it surprised me.

I really did my best to keep this project down-to-earth and humble - and I think I have succeeded mostly in this way. All the goals and ideas are all within the realm of reality, and I can expect to accomplish them all... but what I overestimated was my own capacities in some ways.

I knew I would write, program, direct, and produce. This is a lot, but I figured - hey, I can tackle this like being an "auteur." That is to say, be the singular visionary behind a creative product. It's not the way I do things normally, but hey, let's give it a try. Turns out I vastly underestimated how much I would have to do. Things aren't that simple when you have to keep so much running on your own.

Over the last two months especially, I have had to do so much more than I ever expected. I've had to also take on weird roles like: being a voice director/caster, a financial supervisor, art consultant, social media manger, release co-ordinator, graphic designer, sound mixer, composition assistant, and more.

Normally, each of these jobs would be handled by a person each. Let alone the big stuff like directing and writing and etc. Of course, in a project as small as this one, that isn't necessary. But this all being on one person is a little bit exhausting mentally. The project was always realistic, but I think I only recently realized how unrealistic my expectations of myself were. Doing all of this is exhausting because there are so many different frames of mind I need to be in to fit everything together. This is so much work, and writing has ended up falling behind as a result of all these things eating up so much time.

The worst part is, all these things are important - and always involved the freelancers I brought onto the project for help! And they're all amazing. Don't get me wrong. I love every single artist, voice actor, and the composer so much. No one has done anything wrong, I just severely overestimated myself. All of the people on the project are so amazing  and talented - I am truly blessed to have them.

I guess I just have a newfound appreciation for people like voice directors, mixers, graphic artists, and financial consultants - because now that I have dabbled in ALL of these things I can see how hectic even just one aspect of these jobs can get.

So... now that I've sat here and whined at you, what now? Simple. I get on with the job. Of course I'm going to keep on going. I'm not stopping now, or anytime soon. Juggling all this has been a challenge unlike any other, but I am going to keep pushing on. Because I believe in this game. I believe that the story of this friend group at Foster Hills High School, focusing on this boy and his star-crossed love interests, is an important one to tell. It means the world to me, and I know it matters to others too. Because I have you who is reading this now, and the thousands of downloads behind this game. They want to see it all unfold, the amazing art to be used in-game, and to hear the moving tracks and voice work of everyone involved.

It's hard. But it's more than doable. I'm going to keep pushing forward, and I'm going to make this game as awesome as I know it can be. I hope you all stay by my side, every step of the way! Q3 2020 inches closer every day - disturbingly quickly sometimes - but I want more than anything to keep the promise I made to you all. I want, by the end of September, for you all to be having your adventures and experiences with Syd and his friends. And for it all to mean as much to you, as it does to me.

Anyways, thanks for reading through all this - whoever did. I already feel a lot better just getting this all out there. It's good to just be honest and upfront with everyone, as to how I am going with all this. Let's talk writing next!

So, I wrote most of the ending scenarios of LoveSick Darlings.

Because of the nature of development, I actually had to write the end of the game much sooner than I thought I would. This is because artists and voice actors in particular needed these scenes cemented - so they could draw and voice them, of course!

It's been an interesting exercise, and has put the whole game into perspective. Usually, I am the kind of writer who writes "chronologically." This basically means I have been writing scenes in basically the order they occur. I don't know if it's the best way or not, but it's the way the game has been written up until the weekend of "Week 8." But that changed this month. Apart from the ending - I've had to jump back and forth through the game's timeline quite a bit to get everything done and make the lives of all the freelancers easier! And as a result, I feel like the game is actually starting to come together. Which is weird, considering the game has gone from a choesive line with an uncertain end to... a story with complete beats in place, but nothing linking most of them together. But somehow, knowing the various endings has made writing so much easier (even if the path to it is still incomplete)

I know that's probably a bit confusing that observation to read after I had a rant up there about how underprepared I was for this workload, but... I can't argue with the results.

This feeling just happened the other day too. Out of the blue. I was listening to some the final takes for a character's scenes the other day, and it really touched me. It's like the game finally felt real. Hearing the character's voice play over some soft music, while looking at the words on the screen and the matching CG... it's like it finally started making sense. This game stopped being abstract. I know saying that kind of things makes me sound like Stu but... it's true! Seeing everyone's work come together for the end of the game's big scenes is really special and I'm so honoured to be able to make it happen.

And it's all thanks to everyone's incredible hard work so far!

I can't share too much about those final scenes but... some of the art is going to be mind-blowing. Or at least it has been for me. Here's a little sneak peek at a scene from near the end of the game, if you don't believe me! 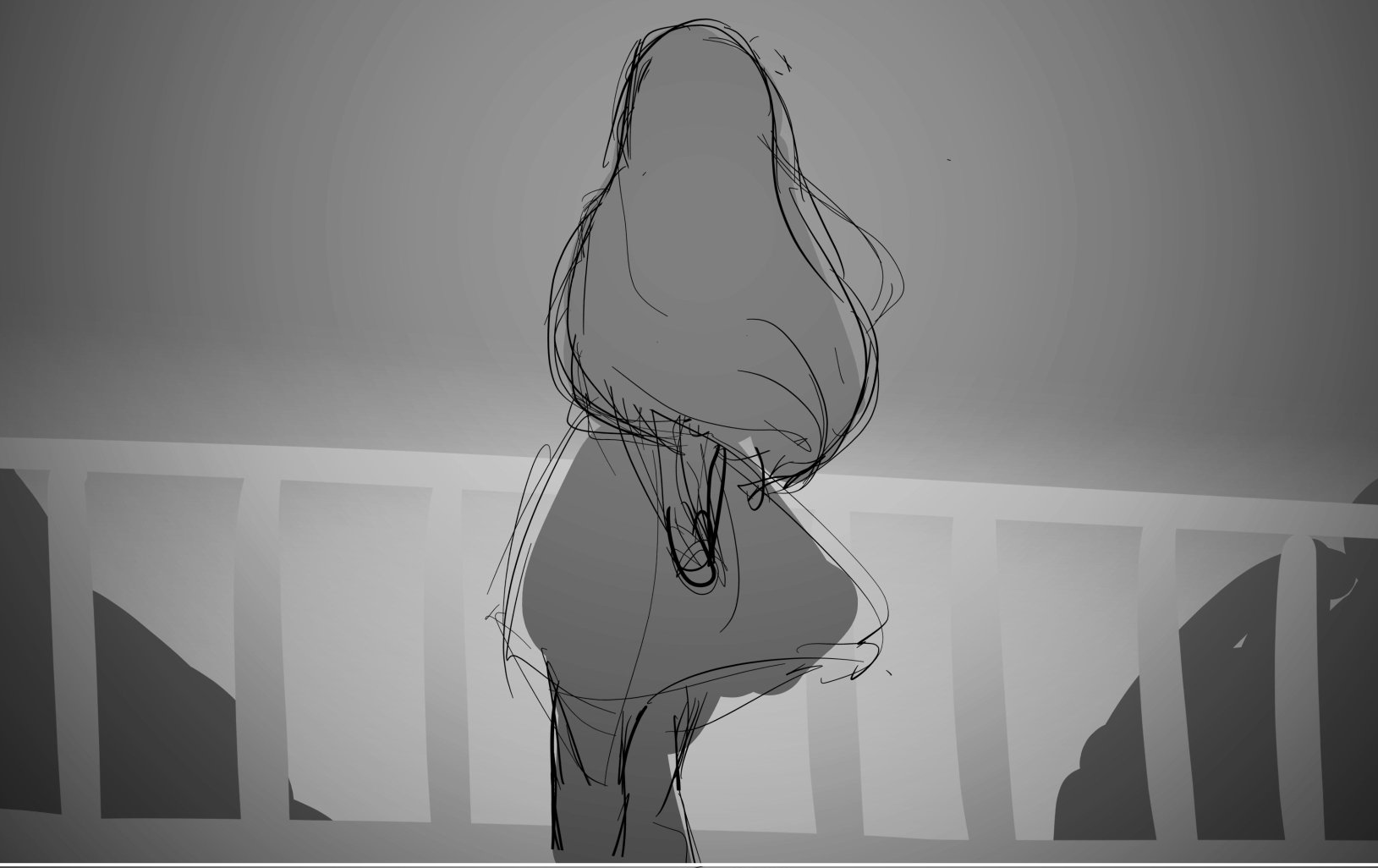 I know it's just a sketch, but, I really felt something seeing this for the first time. I hope this gets all your imaginations going too! I can't wait for you all to experience the final "arc" of the game. It's been SO much fun to write, and finally executing the ideas that have been sitting in my head and my folders full of endless notes is just incredible.

That said, the epilogue and "player review" are nowhere near done... but they're the sort of thing that can ONLY be completed once the whole story is together! The'yre going to be SO complicated thanks to all the little possible factors and variations... so, you guys better all think carefully about your choices! Cause I have to program so many of them! (I'm kidding, just have fun! I'm happy to do all the work <3)

Assets are good. Like... really good. CGs are like 70% done, sprites are complete, and even voice acting is really coming along! Overall, I couldn't be happier on this front. I will post a new preview on Kickstarter soon too.

Also, in case you missed it but... Jayda's swimsuit was revealed on Twitter last week! She was the winner of a well-fought competition waged by the wonderful players of LoveSick Darlings! Check it out! 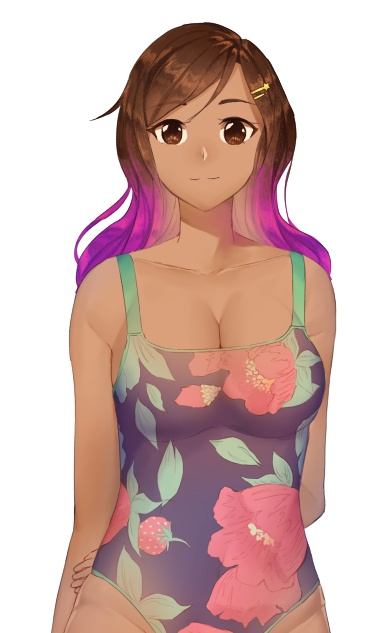 She's so beautiful... check out more pictures of her in this Twitter thread!

Time for a fun little poll for everyone!

How much do you hate Nacho? Vote here!

I hope you found this little stress relief as amusing as I did!

I have rambled on enough for today! I hope  it was enjoyable or interesting for someone out there to watch me internally scream and let it all out on this post hahaha!

Posting on itch is probably gonna stay irregular as I aim to keep Kickstarter updated - and actually go make the game, instead of just talking about making it - but whenever my mind gets caught on a topic or I feel like talking about somthing, I will be sure to post about it here!

Thank you all for checking this one out! It was a weird post, probably, but hopefully you all got something out of it too.

Check out the Kickstarter updates page for all the latest news and future updates!

PS: I have never played a Metal Gear game outside of Revengeance so my opening line is unearned. I am the fakest of fans. You may now throw shame my way. Memes are simply the DNA of my soul.